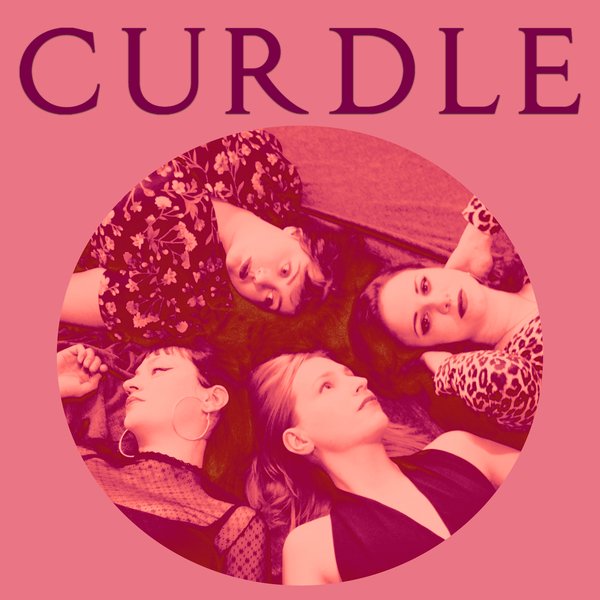 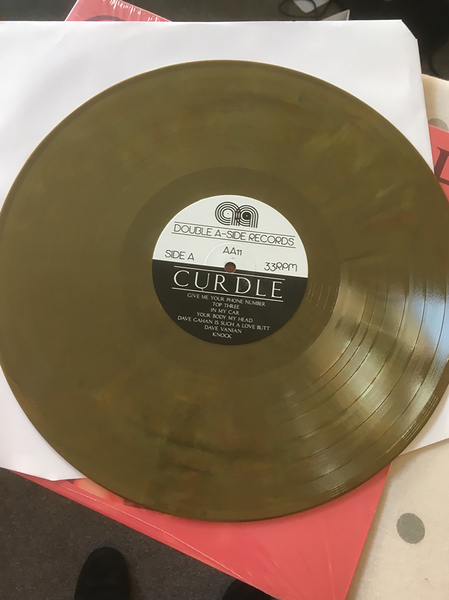 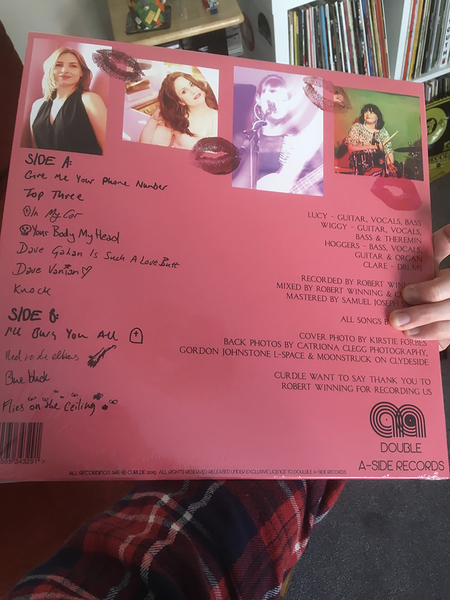 The debut album from Glasgow gothic pop quartet, Curdle, is due for release on November 1st on both coloured vinyl and digital platforms from Double A-Side Records. The twelve-track, self-titled album blends elements of goth, horror-punk and psychedelia with touches of bubble gum pop, intertwined with vocal harmonies. The group form a traditional drums, bass and two guitar outfit, often swapping instruments to allow the introduction of others, including the theremin and organ.

Inspired by a shared love of Hole, Bikini Kill, L7, Throwing Muses, The Misfits and David Bowie, Curdle were formed in 2014 as a two-piece. The band quickly became four and Catriona “Wiggy” Munro, Clare Devlin, Lucy Donnell and Sarah “Hoggers” O’Sullivan have been playing live on the Glasgow circuit ever since. They have supported The Thurston Moore Group, Brix and the Extricated, and The Coathangers, as well as playing with the Spite House Collective and featuring on Double A-Side Records’ Play It Like a Woman compilation earlier in 2019.

Angus Lawson, co-founder of Double A-Side Records says, “We stumbled across Curdle at Flying Moon Festival in 2018 and were so impressed with their sound and attitude. We decided to remaster their album with the help of Sam Smith from Glasgow’s Green Door Studio, and re-release it both on vinyl and digitally.”

The album kicks off with “Give Me Your Phone Number”, a defiant middle finger at sexist hecklers, then moves swiftly on to 60’s girl group style “Top Three”, with reverberated drums meeting arpeggiated tremolo guitars, and backing vocals. It jangles its way into the night as if Phil Spector had a hand in production. As Side A hammers on it doesn’t slow down with “In My Car”, a lament to the crime novels of James Ellroy and Charles Burn with nods to Sonic Youth. “Your Body My Head” takes an experimental turn, while “Dave Vanian” shows the band wearing their influences on their sleeves throwing back to The Misfits and video nasties of the 1980s. “Knock” tails off Side A, a harmony laden goth tribute to Mamas and the Papas.

This theme continues on Side B with “I’ll Bury You All”; written in tribute to Michelle Phillips, it merges the Ronettes’ “Be My Baby” style drums with The Jesus & Mary Chain-esque guitars. Opening with a theremin, “Red to the Elbows” is a love song with a twist, in what the band describe as “a party in a graveyard”. Thumping drums meet fuzzy guitars with chants echoing the name of the song. The album closes with “Flies on the Ceiling,” based on a short story by graphic novelist Jaime Hernandez, with a thundering riff worthy of Black Sabbath. Harmonies become screams joined by noise rock breakdowns while the steady beat keeps going.